‘Bio E and Zydus jabs to be available in 6 months’ 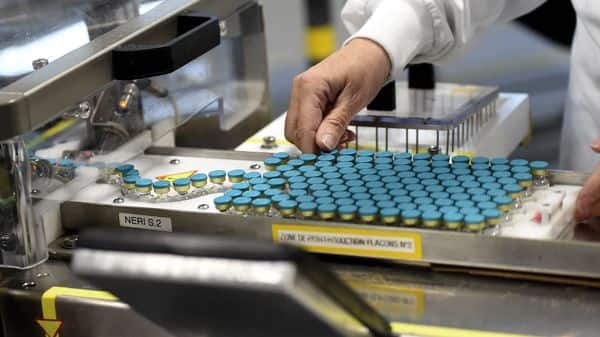 Covid-19 vaccines from Biological E and Zydus Cadila are likely to come into India in six months, the government said on Friday. The government is also looking at the production of Gennova’s mRNA vaccine and the J&J vaccine in India.

“Vaccine development uses cutting-edge technology, which has helped in increasing the Indian scientific community’s grasp over the subject. One specific example is mRNA technology. This is a very significant development and Bio E has adapted technology with a Canadian firm, and these mRNA vaccines can also tackle the (mutated) variants,” V.K. Paul, NITI Aayog member (health), said at a press briefing. “This technology is not of a company but of the country and as and when the need arises, it will be cloned.”

“Then, there is DNA technology, which is being brought forward by Zydus. The whole trial has been done and it is path-breaking and if it succeeds, then a new platform will emerge. So, this effort is extraordinary,” he said.

Meanwhile, the Indian Council of Medical Research (ICMR) will begin the fourth round of national serological survey to evaluate the intensity of covid-19 spread in India.

The sero survey will be held across 70 districts in 21 states and will also include children aged six years and above.

“ICMR will commence its survey this month, but if we want to protect our geographies, we cannot depend on one national sero survey alone and will have to encourage states and Union territories to do sero surveys at their levels as well,” said Paul.

The government had recently decided to link vaccination certificates to passports and officials said India is having technical discussions with the World Health Organization (WHO).

This comes against the backdrop of various countries talking about vaccine passports for travel purposes.

“Vaccine passport means having a common understanding under which vaccines you have been administered gets approved. Now, the issue is the WHO, which is supposed to take this initiative. Technical discussions are going on there and evidence is being studied,” said Lav Agarwal, joint secretary at the Union health ministry.

“Currently, the norm around the world for travelling is to undertake testing before one goes out and that model will continue,” he said.

The government said on Friday that the covid situation is stabilizing with a decline in daily and active cases and with the positivity rate coming down to almost 5%.

“Almost 78% decline in daily new covid cases has been noted in India since the highest reported peak in daily cases on 7 May. There has been a 74% decrease in the weekly covid positivity rate since the highest such rate was reported between 30 April and 6 May at 21.6%,” said Agarwal.

There has been a 70% decrease in active cases, which dropped by more than 26.2 lakh since the peak was reported on 10 May, he said. India reported more than 91,702 new covid cases in the past 24 hours with the weekly positivity rate at 5.14%.