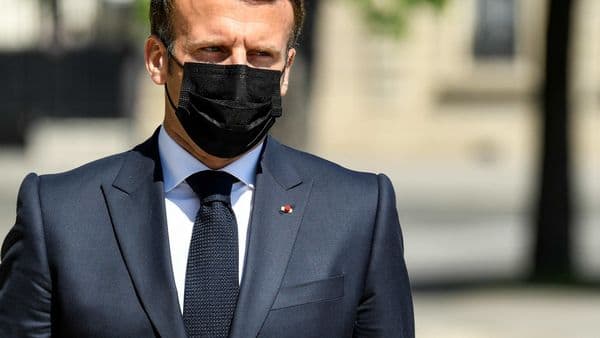 Ahead of a crucial summit of the G7 grouping, French President Emmanuel Macron has called for easing the supply of raw materials for the production of coronavirus vaccines to India and some other countries, saying such a step was absolutely necessary to ramp up manufacturing for their own requirement as well to help the African region.

At a press conference in Paris, Macron also favoured a proposal by India and South Africa at the World Trade Organisation for a temporary lift on the patents on COVID-19 vaccines and said France will raise the issue at the G7 summit.

He said France and South Africa will propose at the G7 summit that nations should work on exemptions for intellectual property rights, saying the patents must not create obstacles in boosting the production of the vaccines.

Leaders of G7 countries France, Germany, Japan, the UK, the US, Italy and Canada are holding a summit in the British resort of Cornwall from June 11-13 with a focus on exploring ways to deal with the coronavirus pandemic.

Prime Minister Narendra Modi will participate virtually in the outreach sessions of the summit on June 12 and 13, the Ministry of External Affairs (MEA) said on Thursday.

On easing the supply of raw materials for the vaccines, Macron keeping open the supply chains of the ingredients was key for boosting production of the vaccines.

“As we know, there have been export bans by several G7 member countries which have blocked production in other countries….I will take just one example, India,” he said.

“India, and in particular the Serum Institute of India, has been blocked in its production by export restrictions on the ingredients needed to produce these vaccines from certain G7 economies,” the French president said.

“These restrictions must be lifted both so that India can produce more for itself and so that it can very quickly supply the Africans in particular, who are very dependent on its production,” he said.

The excerpts of Macron’s press briefing was made available by the French embassy in India.

On the issue of patent waiver for COVID-19 vaccines, the countries must ensure that intellectual property rights will never be an obstacle to access to vaccines.

“And for me, it is the principle that should govern our work. Intellectual property must never block these transfers of technology and the capacity to produce,” Macron said.

“That’s why we decided to put on the table with South Africa for this G7 a proposal also allowing to work on a derogation limited in time and space of this intellectual property,” he said.

At the same time, he mentioned the need for fair remuneration for innovation and respect for intellectual property.

“It is an initial proposal from India and South Africa that we have reworked, that we still want to work with the WHO, the WTO, our partners. But I hope that it will precisely allow an agreement during this G7,” he said.

This story has been published from a wire agency feed without modifications to the text. Only the headline has been changed.